From CRISPR to CLARITY, here are some of the most high-profile studies. 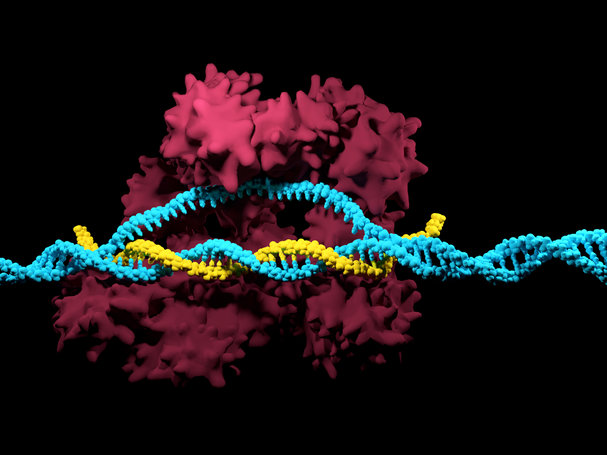 Gene-editing tech, CRISPR-Cas9, featured in one of Harvard's most widely discussed Nature papers in 2017.

The journals Nature and Science are where some of the highest quality research is showcased to the world.

The institutions listed below were the largest contributors to papers published in Nature and Science in 2018, as tracked by the Nature Index.

View the Nature Index 2019 Annual Tables for Nature and Science.

No research institute beats Harvard University for papers published in Nature and Science.

As one of the oldest universities in the United States, and one of the world’s leading higher education institutions, Harvard has a storied history of revolutionary discoveries, including the smallpox vaccine, anaesthesia, and oral contraception.

More recently, widely discussed studies by Harvard scientists include a 2017 Nature paper that described a method for storing digital data in bacterial genomes using CRISPR-Cas9 gene-editing technology, and a Science paper this year, in which researchers from Harvard’s Institute for Quantitative Social Science analyzed the effect of fake news on Twitter during the 2016 US presidential election.

Stanford University appears in the upper echelons of many of the Nature Index Annual Tables rankings, including chemistry, life sciences, the physical sciences, and academic institutions. It’s also the second most prolific publisher in Nature and Science.

Top authors at Stanford include bioengineer and neuroscientist, Karl Deisseroth, whose 2013 Nature paper on a new technology named CLARITY describes how mammalian brains can be rendered “clear as Jell-O” for access by molecular probes, as The New York Times put it.

Computer scientist, Fei-Fei Li, co-director of Stanford's Human-Centered AI Institute and Vision and Learning Lab, is one of the most prolific researchers in the field of AI, and has published on machine learning, deep learning, computer vision and cognitive neuroscience.

As one of the world’s most prestigious higher education institutions, MIT has been at the frontier of research for more than 150 years, its close ties with industry fostering an emphasis on entrepreneurship and applied science.

With 12,707 faculty and staff on campus and an annual budget of more than US$3.5 billion (2018), almost 85% of MIT’s undergraduates engage in frontline, faculty-led research.

One of MIT’s most talked-about studies in 2018 was a Science paper that analysed the spread of true and false news. Garnering an Altmetrics score of more than 9,600, which includes more than 8,000 tweets and 360 news stories, it lent support to the adage: lies spread faster than the truth.

A 2018 Nature paper by MIT researchers on the ‘Moral Machine experiment’ also drew significant attention from the wider public, posing complex questions about how AI in future will make moral decisions.

From nuclear fission to the theory of relativity, Germany's Max Planck Society has been the birthplace of some of the most important discoveries in science.

Among Max Planck’s Nature and Science findings published last year were a new antiretroviral treatment for HIV, graphene nanoribbons, and a new method for capturing changes in RNA.

One of Max Planck’s most highly cited Nature papers of 2018 presented the most precise measurements of the electron ever made. The findings support the standard model of particle physics, which proposes that electrons maintain a near perfect spherical shape.

Along with an international team, Max Planck researchers published a paper in Science last year that revealed the source of cosmic neutrinos, a type of high-energy particle that travels over vast distances. The study found that neutrinos originate from blazars, a type of galaxy powered by supermassive black holes.

Credited for the discovery or co-discovery of 16 elements — more than any other university — the University of California, Berkeley (UC Berkeley) has a well-established history of scientific advances. You can see its fingerprints on 97 berkelium (Bk), 98 californium (Cf) and 95 americium (Am).

Among its most highly-cited Nature and Science papers of last year were reports on the genetic basis of psychiatric disorders; a possible cause of fast radio bursts; and cobalt-free batteries.

In February 2018, UC Berkeley researchers were involved in the development of genome-editing tool that can detect human papillomavirus with great sensitivity. The study was the institution’s most highly-cited Science paper of that year.

A paper published in Nature also attracted a lot of attention in 2018, when UC Berkeley researchers, along with an international team, described a microchip that uses light to transmit data. The new device is faster and more efficient than conventional silicon chip technologies.

Having just celebrated its 100th birthday, the University of California, Los Angeles (UCLA) is one of the youngest universities in Nature Index’s top 10 tables, and yet it receives the most student applications of any university in the US.

Key papers published in Science last year include a study that revealed how certain psychiatric disorders share global gene expression patterns, and one describing how UCLA engineers 3D-printed an AI device that identifies objects at the speed of light, a promising development for medicine, robotics and security.

As vice-chancellor for research, Roger Wakimoto, says, UCLA’s growth and achievements mirror the trajectory of the city it calls home.

“I believe the institution’s success is based on its strong commitment to teaching, recruiting and retaining some of the most talented researchers in the world, and having a close and synergistic relationship with the city of Los Angeles.”

From finding evidence of time crystals to discovering how gut bacteria cause autoimmune disease, Yale University’s research consistently breaks ground. As one of the oldest universities in the US, it’s also built a strong record of highly-cited papers published in the world’s leading scientific journals.

Last year, Yale astronomers made headlines when they discovered that the galaxy NGC 1052-DF2 contained almost no dark matter, challenging the assumption that it’s essential for the formation of galaxies. The study was one of Yale’s most talked-about Nature papers of 2018.

8. Columbia University in the City of New York

Established 265 years ago by royal charter of King George II of England, Columbia University is the oldest institution of higher learning in New York City and the fifth oldest in the US.

With more than 200 research centres and institutes, 350 new inventions each year and 84 Nobel laureates, Columbia is at the forefront of scientific discovery.

In 2018, Columbia University produced 65 papers in Nature and Science, placing it in eighth place in this ranking. The institution’s research performance is particularly strong in the life sciences, which accounts for around half of its overall output.

Last year, researchers from Columbia co-authored a study suggesting that 60% of people with European descent living in the US can be genetically identified using available genetic information, even if they have not undergone genetic testing.

Published in Science, the findings highlight the need for strategies that safeguard genetic privacy.

The University of Oxford is the oldest in the English-speaking world, with teaching dating back as far as 1096. Today, it maintains its prestigious reputation with eighth place among the leading academic institutions in the Nature Index.

The largest share of Oxford’s scientific output is in the life sciences, with papers in the discipline contributing around one-third of its output.

Research funding provided by councils, trusts and industry is Oxford’s largest source of income, accounting for 26% of its funds — the highest research income of all the United Kingdom's universities.

Oxford is also home to the Beecroft Building, a new US$64-million facility dedicated to experimental and theoretical physics with laboratories designed for making precise measurements at the atomic level.

Boasting 21 Nobel Prize winners, two Fields medallists and a Turing Award recipient, the Swiss Federal Institute of Technology Zurich (ETH Zurich) has built a reputation for trailblazing research over the past 160 years.

The technical and scientific university is also renowned for its ability to produce highly-cited research, taking tenth place among the top institutions in Nature and Science papers.

Among the most talked-about papers from the university are predictions of increased marine heatwaves under climate change; a technique for transmitting quantum information; and detailed images of proteins involved in opioid signalling.

In January 2018, researchers at ETH Zurich discovered how a particular group of nanocrystals are able to emit a bright light. The study, which was the most highly-cited Nature article from the institution that year, could have a range of applications in materials science, from data transmission to supercomputers.

Correction: Text amended to remove "in the 21 century" from the opening sentence of the Max Planck Society's profile.