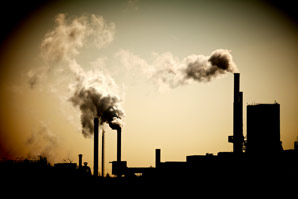 One of the highest volume processes in the chemical industry could be converted to run on captured carbon dioxide.

Industrial steam reforming heats methane and water over a catalyst to make a mixture of carbon monoxide and hydrogen called syngas, a major chemical feedstock.

Now, researchers from the Korea Advanced Institute of Science and Technology (KAIST) have combined nickel and molybdenum on a single-crystal magnesium oxide support to create a long-lived dry-reforming catalyst. When heated, the nickel and molybdenum migrate to the magnesium oxide crystals edges, where they form catalytically active nanoclusters that are resistant to sintering and coking resistant.

The new catalyst offers a viable pathway for carbon recycling, the researchers say.