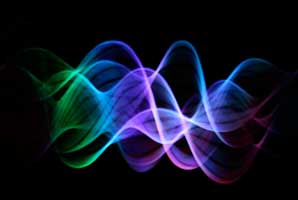 Scientists have come to the end of an 86-year search with experimental observation of Weyl fermions, a mysterious sub-atomic phenomenon that is not quite a particle and has no mass.

In 1929, physicist Hermann Weyl theorized that the solution to the Dirac equation, a cornerstone equation in particle physics, would be a massless quasiparticle.

For many years it was believed that neutrinos were the particle Weyl described. But, in 1998, the revelation that they did indeed possess mass, relaunched the quest for Weyl fermions.

In a study published in Science, a team from MIT and Zhejiang University painstakingly drilled and assembled 18 layers of ceramic-filled plastic to construct a sophisticated photonic crystal. By passing light through the crystal, the team detected Weyl points, the characteristic signal of Weyl fermions.

"The discovery of Weyl points is not only the smoking gun to a scientific mystery, it paves the way to absolutely new photonic phenomena and applications,” said MIT’s Marin Soljačic, the senior author on the paper.