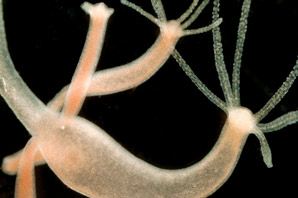 Even animals that are so simple that they lack brains need their sleep.

Sleep is remarkably universal, with a wide range of animals exhibiting the state, even down to insects and nematodes.

Now, a team led by researchers at Kyushu University in Japan has observed a sleep-like state in hydra — a surprising finding that given that hydra lack a central nervous system.

The researchers monitored sleep in hydra by tracking their movement using video cameras. They found that the animals exhibited four-hour cycles alternating between active and sleep-like states.

Furthermore, the team discovered that many sleep mechanisms are conserved across species. For example, melatonin and GABA — two compounds that induce sleep in many animals — had a similar effect in hydra. This suggests that animals developed the ability to sleep prior to the development of brains, but that many of the molecular mechanisms were kept as brains evolved.