Sign Flip in the Casimir Force for Interacting Fermion Systems 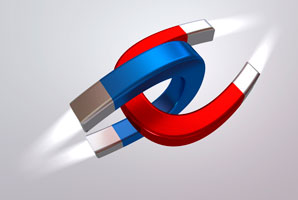 Competing forces can flip the electromagnetic field that exists between conductive plates in a vacuum.

The Casimir effect is an attractive or repulsive electromagnetic force between two conductive, uncharged, plates set nanometres apart in a vacuum. The strength and direction of the force is usually dependent on the shape and position of the plates.

A team including researchers from Keio University wanted to know whether they could flip the force direction without moving the plates. They modelled a chain of fermions — elementary particles, such as electrons, that cannot occupy the same position in space — between two fixed plates in a vacuum. Increasing the pressure squashed the fermions together and forced them to interact or ‘couple’ with each other.