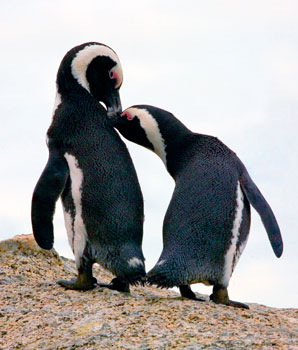 Overfishing small bait such as sardines and anchovies appears to have a negative impact on the penguins that depend on them for food, according to a study that found establishing no-fishing zones near penguin colonies led to a rise in population growth rates.

More and more of these ‘forage fish’ are being commercially fished, but was not clear what impact this increased harvest is having on the species that feed on the fish. British and South African researchers, including scientists from the University of Cape Town, set up an eight-year experiment where they established alternating no-fishing zones near two pairs of colonies of the endangered African penguin (Spheniscus demersus).

They saw some improvements in chick survival and condition, but further modeling from the data suggested the no-fishing zones would lead to biologically significant increases in population growth in the penguin colonies.