EchidnaCSI: Engaging the public in research and conservation of the short-beaked echidna 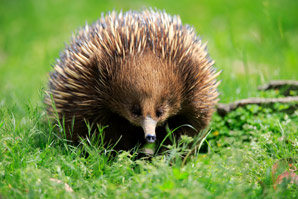 The Australian public has recorded 8,000 sightings of short-beaked echidnas in a citizen-science project.

With their sharp, protective quills, echidnas resemble porcupines or hedgehogs, but along with the platypus they are the only living mammals that lay eggs. They are widespread throughout Australia and live in a wide range of habitats, making it challenging for researchers to gather extensive data.

Now, a team led by researchers from University of Adelaide in Australia has published the results of a massive citizen-science project on the marsupial.

More than 9,000 members of the public downloaded a free app called EchidnaCSI for recording echidna sightings. Many sightings were close to or within major cities, which is surprising since echidnas are not considered to be an urban species.

The team noted that the success of the project “demonstrates the enormous potential of citizen science to advance the data and knowledge base to enable echidna conversation outcomes.”