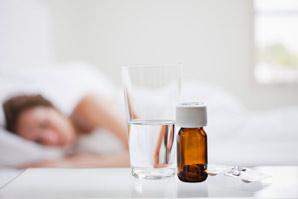 A recently approved drug for treating insomnia has fewer physical side effects than a commonly prescribed drug.

Insomnia is one of the most prevalent sleeping disorders. It is often treated using drugs that enhance the action of the inhibitory neurotransmitter γ-aminobutyric acid (GABA). But this inhibits neurons throughout the brain, including those not involved in sleep. In contrast, the new drug suvorexant only inhibits neurons associated with wakefulness.

A team led by researchers at Tsukuba University in Japan has compared the side effects of both drugs. They found that while subjects who took a drug that activates GABA receptors in the brain exhibited significant impairment in physical and cognitive performance on being woken compared with those who had taken a placebo, those who took suvorexant did not. Both drugs were equally effective in inducing sleep.