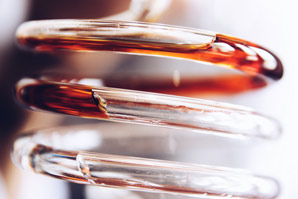 An ultrathin layer that causes polymer-containing liquids to flow faster than expected in pipes has been directly observed for the first time.

Almost a century ago, scientists discovered that liquids containing small amounts of large-molecule polymers flow through pipes faster than expected. This phenomenon has been explained by the formation of a very thin layer between the pipe and the liquid. But this layer, which has a lower polymer concentration than the rest of the liquid, is so thin that no-one had been able to image it until now.

Now, three researchers from the Institute for Basic Science in Korea have used a super-resolution microscopy technique to image this layer in microchannels. From their measurements, they could determine the layer’s composition and thickness — typically a few hundred nanometres.

This advance will help scientists better understand how fluids behave under turbulent conditions and in nanofluidic devices.