Different roles of myocardial ROCK1 and ROCK2 in cardiac dysfunction and postcapillary pulmonary hypertension in mice. 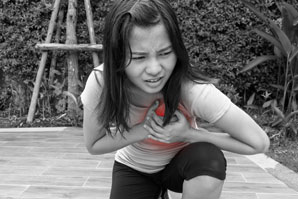 Two related enzymes have opposing roles in the heart muscle cells of mice, researchers have found. This could lead to new treatments for patients who develop heart failure due to high blood pressure in the lungs.

A team from the Tohoku University Graduate School of Medicine engineered mice with heart cells deficient in either ROCK1 or ROCK2, two enzymes involved in muscle contraction, cell migration and other molecular processes. They then constricted part of the aorta to stress the heart tissue with excess pressure, as occurs in patients with pulmonary hypertension.

The researchers found a working version of ROCK1 helped protect the mice from heart failure by reducing the expression of two proteins linked to oxidative stress and cardiac dysfunction. In contrast, ROCK2 had the opposite effect — it elevated levels of the harmful proteins.

The detrimental effects of ROCK2 could be overcome, however, with a vine root extract called celastrol that suppressed the activity of those same two proteins.