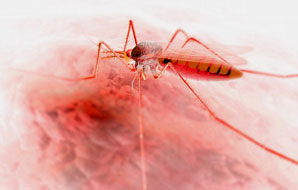 Humans cannot develop immunity to malaria, even after repeated exposure. A team including researchers from the University of Melbourne took blood samples from more than 600 children in Bakoumba, Gabon, where malaria is prevalent. They created a genetic fingerprint of each Plasmodium falciparum — the parasite that causes almost all malaria deaths — found in the blood, defined by their var genes. These genes encode proteins that coat infected red blood cells and hide the parasite from the immune system. Every parasite can choose its ‘disguise’ from a repertoire of 60 var genes, but the team discovered that every child had parasites with a different repertoire, with very little overlap.

“This structure allows each parasite to look different to the immune system, and provides the possibility for the malaria parasite to keep re-infecting the same people,” said Karen Day of the University of Melbourne in a statement.

These findings explain why vaccinating against malaria is such a challenge. The authors highlight the need for further research into reducing the genetic diversity of malaria.