α-Actinin/titin interaction: A dynamic and mechanically stable cluster of bonds in the muscle Z-disk 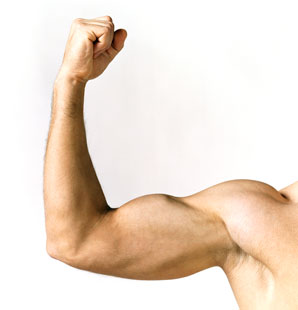 Researchers are familiar with the mechanisms involved in active force generation in muscles. But the physical connections that hold muscle fibres together when a muscle is passively stretched through an external force, such as during a massage, have been overlooked.

Matthias Rief, of the Technical University of Munich, and colleagues used cloning techniques to reconstruct a molecular-scaled model of the type of filament responsible for passive elasticity in muscles. Using a highly focused laser beam, called an optical tweezer, they applied force to the filament and measured its effects. They found the filament had multiple, weak attachments to the surrounding structures within a muscle fibre, providing a stable structure that allows for rapid stretching and relaxing. Similar multiple weak attachments can be found elsewhere in the body, such as with the role of platelets in adhering to blood vessel injuries. This sort of bond may be a common theme for sites in the body where a mechanically stable connection is needed while allowing for changes to happen within that connection.