Advanced maritime adaptation in the western Pacific coastal region extends back to 35,000-30,000 years before present 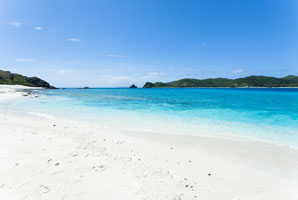 Humans began settling the oceanic islands of Indonesia almost 50,000 years ago, but the extent of their exploration beyond these land masses has been hard to ascertain.

A team including researchers from Kyushu University have found that humans made a home on a small, remote Pacific island some 35,000 years ago. The authors studied seashell artefacts dug up from a limestone cave on Okinawa Island which sits 150 kilometres from the Asian mainland, halfway between Japan and Taiwan. They dated the shell tools and abundant freshwater crab remains as being between 13,000 and 36,000 years old and identified the oldest fish hook yet found, at 23,000 years.

It had been assumed that Okinawa was too small to sustain life over 10,000 years ago and lacked a decent food supply for hunters with stone tools. These signs of aquatic exploitation show that early humans adapted well to island living and ventured further seaward than previously thought.