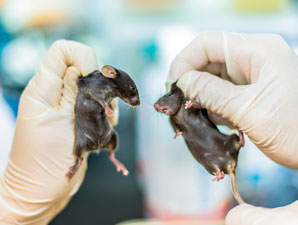 Aggressive and sexual patterns in male mice may become fixed during puberty thanks to the activity of an estrogen receptor in the brain.

A team, including researchers from Tsukuba University in Japan, have injected male mice on the cusp of puberty with a virus designed to halt the activity of estrogen receptor alpha (ERa) in the medial amygdala, a part of the brain linked to emotional behaviour. When these mice reached adulthood they were exposed to sexually receptive females and attacks from other males. Their responses to these stimulants were both less sexual and aggressive than in mice that had experienced uninhibited ERa activity during development. However, when ERa activity was halted in adult mice, their male-type behaviours remained the same.

This suggests that some typically masculine behaviours evolve during puberty due to ERa activity. "If this masculinization is incomplete, social signals that enable adults to express male social behaviour may not function correctly”, said study author Sonoko Ogawa in a press release.