Quantum interference of two photons emitted from a luminescence center in GaAs:N 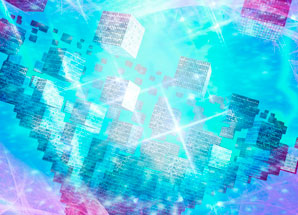 A new way to produce identical photons from multiple separate sources could increase the speed of quantum computing.

Generating ‘indistinguishable photons’ — particles of light with perfectly matched energy and wave properties over space and time — is a key goal in quantum computing for the fast and accurate processing of complex information. A team led by researchers from the University of Tsukuba inserted nitrogen atoms into a gallium arsenide semiconductor to introduce ‘impurity luminescence centres’ that emit arrays of single photons when hit with a laser pulse. The team captured the photons in a beam splitter and observed whether the photons extinguished each other — something that would only occur if they were identical.

They found that the nitrogen impurity centres emitted highly indistinguishable photons that remained in phase with each other for longer than those generated by quantum dots, another widely used single-photon source.

The next step for the team is to generate indistinguishable photons in a semiconductor chip. This could advance information technologies such as quantum teleportation.