Thinking outside the box: placing hydrophilic particles in an oil phase for the formation and stabilization of Pickering emulsions 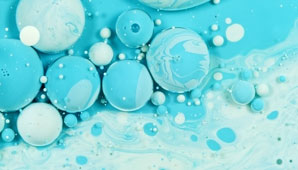 Scientists have developed a novel technique for producing particle-stabilized emulsions that could significantly increase their variety and broaden their range of applications.

Particle-stabilized emulsions, also known as Pickering emulsions, are extremely stable, due to the addition of solid particles that provide protective shells to the emulsion droplets, preventing them from coalescing. They are used in a range of industrial processes, such as food, crude oil, and mineral processing.

Making Pickering emulsions with highly hydrophilic particles could greatly expand the types of emulsions and their range of applications, but has proved challenging.

Now, researchers from the University of South Australia have developed an innovative technique that changes the usually repulsive force between the particles and oil-water interface into a strong attraction by dispersing hydrophilic silicon dioxide particles in oil before mixing with water, eliminating the need for surfactants.