Quasi-solid electrolyte: a thixotropic gel of imogolite and an ionic liquid 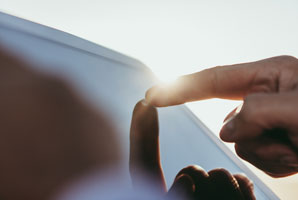 A new gel electrolyte — an electrically conductive substance — could improve the performance and safety of batteries and make more malleable conductive coatings.

Because of their high electrical conductivity, liquid electrolytes are commonly used in fuel cells. There is a risk, however, of leakage, and they are too fluid to be moulded, reducing their potential for flexible electronics. Solid electrolytes are safer and can be shaped, but are less conductive. A group from the Tokyo University of Agriculture and Technology mixed aluminium-silicate nanotubes with maleic acid in liquid salt. The reaction formed a highly conductive gel that became more viscous over time. The mouldable electrolyte proved to be as conductive as a liquid electrolyte and kept its gel consistency even at temperatures of 150 degrees Celsius.

This malleable material could be used in flexible applications that need a conductive coating, such as touch-sensitive machines and biosensors.