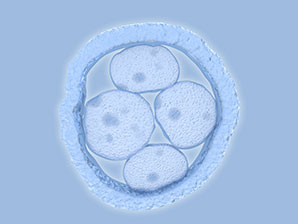 The random nature of cell-fate decisions that occur during the early development of embryos has been revealed.

The random mutations that cells acquire over time — and then pass on to their descendants — create a kind of genetic fingerprint that can reveal developmental trajectories.

Now, a team co-led by KAIST scientists has sequenced the genomes of various cell types from recently deceased people. They then used the mutational profiles to infer cellular ancestry back to the fertilized egg.

The team found that mutation rates start high during the first few embryonic divisions, but decline as cells develop more-mature mechanisms for repairing DNA. They also found unequal contributions of early cells to different organs and tissue lineages that emerge in early development.

The cell-lineage map provides a foundation for future studies into why certain disease-causing mutations that arise during early development turn out to be harmful.