Observation of the Kondo screening cloud 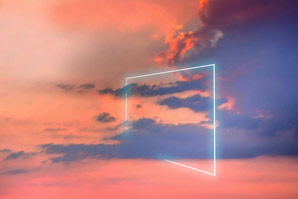 Physicists have made the first experimental observation of a quantum phenomenon known as the Kondo screening cloud, which was predicted more than half a century ago.

Back in the 1930s, physicists discovered that the electrical resistance of some metals containing magnetic impurities increases dramatically with decreasing temperature. In 1964, the Japanese theoretical physicist Jun Kondo explained this effect by postulating that a cloud of conduction electrons forms around the impurity spin, effectively shielding it. But until now, the Kondo cloud had not been observed experimentally.

A team that included two physicists at the Korea Advanced Institute of Science and Technology (KAIST) has now succeeded in observing the Kondo cloud using quantum dots — tiny blobs that are like artificial atoms.

The measurement promises to lead to greater insights into systems that contain multiple magnetic impurities, such as high-temperature superconductors.