Metamorphism and the evolution of plate tectonics 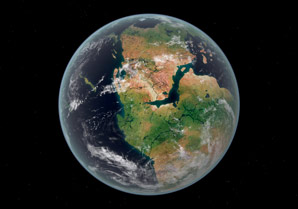 The Earth’s crust has been going through a rocky break up for around 2.5 billion years.

Estimating when the Earth’s ever-shifting tectonic plates first emerged and how they evolved is tricky. Previous studies suggested that the crust only began cracking up about 0.7 billion years ago.

But now a team led by a researcher at Curtin University in Western Australia has found that the plate tectonic processes we see today evolved gradually over the last 2.5 billion years as the mantle slowly cooled.

The team analysed metamorphic rocks from more than 550 sites around the world to determine the temperature and pressure — and therefore depth — at which they formed. They could then gauge the past heat flow at different locations in the crust, and hence determine the tectonic activity at that time.

Further studies of the metamorphic rock record may reveal more about changes in crust characteristics, such as thickness and buoyancy.