The global distribution and trajectory of tidal flats 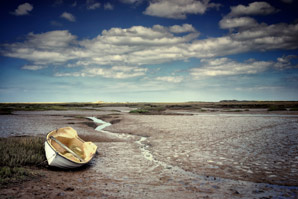 Coastal settlements and habitats are increasingly being exposed as tidal areas around the globe gradually disappear.

Tidal flats protect coastal populations against the ravages of storms and erosion. However, monitoring them is tricky since the plains of sand, mud or rock spend much time under the sea.

A University of Queensland-led team, which included scientists at Google, taught a computer to recognize different types of tidal flats from satellite images. They then put the machine to work on more than 700,000 images taken between 1984 and 2016, and mapped the changing global extent of tidal flats.

The map showed there is around 125,000 square kilometres of tidal flats worldwide. It also revealed that tidal flats had declined by about 16% in regions where there was sufficient data for analysis over the three decades studied.

This global monitoring system could help scientists and governments respond to ongoing threats to these crucial coastal ecosystems, from increased urbanization to sea-level rise.