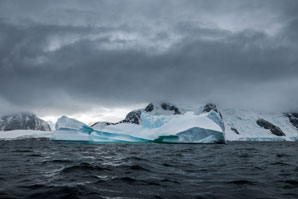 East Antarctica could melt within a few thousand years if global warming continues as predicted.

The East Antarctic Ice Sheet contains enough water to raise sea levels by more than 50 metres, making it imperative to understand how it responded to past warm periods.

A team that included researchers from the Spanish National Research Council analysed a marine sediment core collected near the Wilkes Subglacial Basin — a region of ice that sits on land below sea level. As ice sheets melt, they drag sediment out to sea, depositing it on the sea floor and creating a record of past erosion rates. The researchers found that the Wilkes ice repeatedly thinned when Antarctic temperatures were just 2 degrees Celsius above pre-industrial levels for 2,500 years or longer.

The findings suggest that even modest global warming, if sustained, could melt ice from the Wilkes Basin, which is enough to raise sea levels by up to 4 metres.