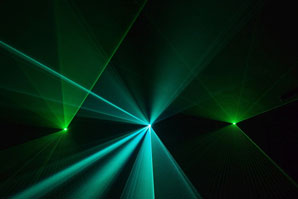 Defects introduced into diamond have allowed scientists to produce superradiance, opening the door to the development of new types of quantum technologies.

Discovered decades ago, superradiance occurs when an atom emits light that causes many atoms in its vicinity to emit light as well, producing a short and very intense burst of light akin to that of a laser pulse. But superradiance has been challenging to produce.

Now, by replacing carbon with nitrogen atoms at specific points in the lattice of tiny diamonds, an international team of scientists, which included researchers from the University of Tsukuba, has generated a photon from a defect site that causes all the other defect sites to emit photons at the same time.

The work demonstrates superradiance in a solid-state system for the first time, opening the door to new quantum technologies.