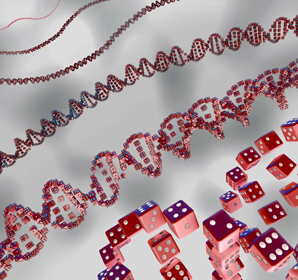 A nanochip that can concisely control gene expression could pave the way to precision medical care.

Artificial genetic circuits are being designed to program cells to perform specific functions in the body, but so far their precision has been limited.

Now, a team that included researchers from Waseda University has built an all-in-one gene nanochip that combines sensors that pick up environmental signals, such as chemicals or light, and enzymes that transform these signals into a reaction onto a sheet of DNA containing multiple target genes.

The researchers used DNA origami to fold the sheet and control the distance between the enzymes and the target genes, thereby minimizing unintended reactions. When they tested their gene nanochip in artificial cells, they were able to successfully alter a target protein.

These nanochips could be used to keep cells in a healthy state.