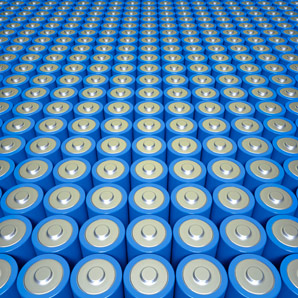 Modifying the interfacial layer between a battery’s anode and electrolyte could be the key to making long-lasting rechargeable batteries.

One way to make very energy-dense rechargeable batteries is to fabricate the anode from pure metal (for example, lithium in the case of lithium-ion batteries or pure sodium for sodium batteries). However, as these batteries are charged and discharged, metal deposition at the anode can be uneven and produce damaging spiky strictures called dendrites, which shorten the battery’s working life.

Now, a Deakin University–led team has shown that these issues can be mitigated by using a high-concentration ionic liquid electrolyte and preconditioning the battery by applying a negative charge prior to use.

Atomic force microscopy and computer simulations revealed that these processes create a very uniform protective interfacial layer at the anode, which promotes the even deposition of metal and a long battery lifetime.

The new insights could lead to the development of longer lifetime, high-performance batteries, the researchers say.