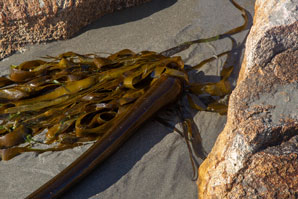 Big waves and global warming could see new flora and fauna establish themselves on the coast of Antarctica.

It was previously thought that the strong winds and ocean currents around Antarctica prevented the passive poleward drift of flora and fauna from lower latitudes.

Now, a team that included researchers from the University of Cape Town has used genomic analysis to trace the origins of sea kelp that had washed up on the Antarctic coast. Their results indicated that the plants had drifted more than 20,000 kilometres from two different mid-latitude islands.

In addition, the team used ocean and climate models to show that storm waves can carry organisms over oceanic fronts, which were thought to block such drift. The findings suggest that Antarctica is also at risk from drifting plastics and other pollutants.

Although accidental invaders did not successfully resettle owing to Antarctica’s icy conditions, if global warming continues, the continent may become home to a range of new species.