Scientific prizes and the extraordinary growth of scientific topics 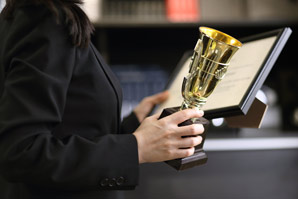 Scientific prizes fertilize a fresh flurry of activity in the fields they are awarded in.

Accompanying the growth in scientific output is the proliferation of prizes awarded to recognize exceptional contributions in various disciplines. But it is unclear what effects such prizes have on the subsequent development of a field. There has even been speculation that the awarding of prizes may indicate that the best work has been completed in a field.

Now, three researchers, including one from Southern University of Science and Technology in China, have shown that prizes in a topic spur greater output in the form of papers (about 40% more) and citations (33% more) in the ten years after the award compared to topics that didn’t receive an award.