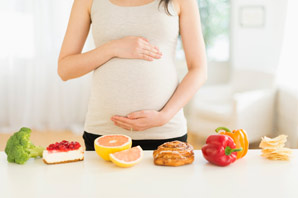 Pregnant women carrying a species of gut bacteria that helps digest dietary fibre may be less likely to have children that develop food allergies.

Growing evidence suggests that the types of gut bacteria people are exposed to in early life could alter their risk of later allergic disease. One factor thought to affect the gut microbiome is the intake of dietary fibre.

A team led by researchers from Deakin University in Australia has discovered that the mothers of babies without food allergy were much more likely to carry the gut bacteria Prevotella copri during pregnancy, and in greater amounts.

Mothers who had more fibre and fat in their diet were also less likely to have babies with food allergies, particularly if they had high levels of the bacteria in their gut, suggesting their diet may have had a protective effect.