A 3,2-Hydroxypyridinone-based Decorporation Agent that Removes Uranium from Bones In Vivo 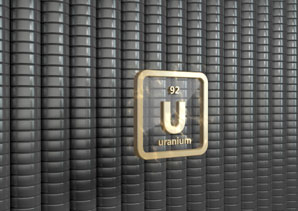 A chemical has been found that can extract the toxic element uranium from the bones and kidneys of mice.

Uranium is well known for its use as a fuel for nuclear power. Its radioactivity and toxicity make it a dangerous environmental pollutant. While the body quickly expels about two-thirds of uranium that enters it, residual uranium can build up in the kidneys and bones, where it can cause long-term problems.

Now, a team led by scientists at Soochow University in China has synthesized a chelating agent that has a strong affinity for uranium-containing ions.

The researchers first performed calculations to determine the optimal structure of the molecule. In tests on mice that had received a dose of uranium, the chelating agent removed uranium from their kidneys and bones with high efficiencies.