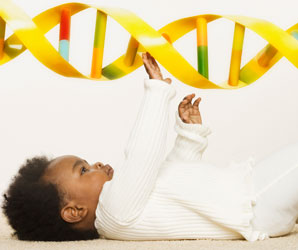 The complete genome sequences of 24 individuals of different ethnic and linguistic ancestries have revealed the extensive genetic diversity of South Africa.

The study — the first report of its kind on Africans, fully funded by an African government and conducted locally — will serve as a springboard for future genetic studies of health and disease in this distinct population.

In an initial pilot project, researchers involved with the Southern African Human Genome Programme decoded the DNA of seven Sotho speakers from the Free State, eight Xhosa speakers from the Eastern Cape, one Zulu speaker from Gauteng, and eight people of mixed origin from the Western Cape.

The team, which included investigators from the University of Cape Town, identified notable genetic differences between groups of black South Africans who speak different but related languages. Plus, they found a much stronger South Asian ancestry in people of mixed heritage than had been documented previously.