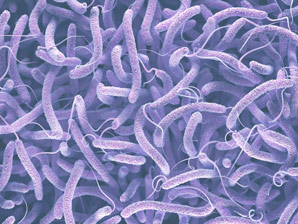 Microbes employ various strategies to gain a competitive advantage over their neighbours. For example, the bacteria that causes the disease cholera employs a weapon known as the type VI secretion system (T6SS) to deliver a toxic-laden needle into the cells of other bacteria.

Now, a team led by researchers from SUSTech in Shenzhen, China, has found that various non-biological environmental factors such as temperature and concentrations of metal ions affect how effective T6SS is against other bacteria. In particular, they found that the presence of magnesium and calcium ions could make E. coli more susceptible to a T6SS toxin.

This finding implies that the effectiveness of bacterial strategies for eliminating competition is more complex than previously thought.