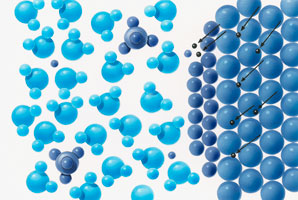 Australian and Chinese researchers have teamed up to develop an electrode material that significantly improves low temperature fuel cell performance, according to a study published in Nature Communications.

Led by scientists from NanjingTech University, the team investigated a modified cathode material, made of perovskite, a type of metal oxide, in a low temperature solid oxide fuel cell operating below 500 degrees Celsius.

These cells are more stable, produce fewer emissions, and are relatively inexpensive compared to other types of fuel cells, but their lower operating temperatures means that it takes longer to convert chemical energy into electricity at the cathode, which limits their performance.

By introducing highly charged niobium and tantalum ions into a strontium and cobalt perovskite, the researchers were able to speed up this energy conversion, significantly improving the performance of the fuel cell.