Observation of three-component fermions in the topological semimetal molybdenum phosphide 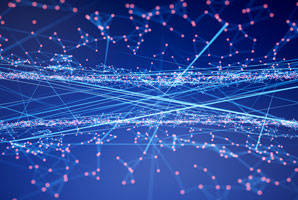 A fourth kind of fermion has been discovered in a crystal, adding to the three types already theorized.

Fermions are a category of the particles that make up matter, and include electrons, protons and quarks. Elementary fermions are currently split into three types called Dirac, Weyl, and Majorana but more types are predicted to occur in crystals. A team including researchers from the University of Chinese Academy of Sciences made a crystal of the semi-metal molybdenum phosphide and studied its electronic structure. They observed a point in the structure called a ‘three-fold degeneracy’, where three of the usually different energy levels that carry electrons around an atom’s nucleus have the same energy. The researchers suggest that this reveals a new type of fermion, set between the four- and two-fold degeneracies attributed to Dirac and Weyl fermions, respectively.

Other materials may contain further ‘unconventional’ fermions, whose unique properties, such as superconductivity at very low temperatures, could be harnessed in next-generation electronics.