Rupture Process of the 2020 Caribbean Earthquake along the Oriente Transform Fault, Involving Supershear Rupture and Geometric Complexity of Fault 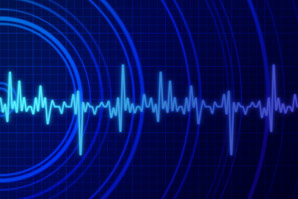 The distant detection of an earthquake beneath the Caribbean Sea has helped reveal an unexpected bend in an oceanic fault line.

Earthquakes at oceanic transform faults, where tectonic plates slide past each other rather than over or under, are often assumed to happen on a straight fault line.

When a 7.7 magnitude earthquake struck such a fault in the Caribbean, between Jamaica and Cuba, four researchers from the University of Tsukuba in Japan used seismic wave data from 52 sites around the world to reconstruct the fault from a broader perspective.

Their model suggests that multiple ruptures with varying speeds and directions occurred. These were likely triggered as the earthquake met a bend in the fault line that could be the result of a geologic feature on the seabed.

The complexity of oceanic earthquake zones will need to be reflected in future models, which could tell scientists more about the shape of the seafloor.