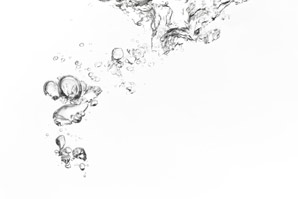 Fuel-filled, self-propelled nanovehicles whose motion can be started and stopped at will have been developed by researchers at the Vidyasirimedhi Institute of Science and Technology (VISTEC). The research is a step towards developing nanobots to perform challenging tasks, including in biomedical applications.

The nanovehicles have a self-assembled core−shell structure, in which the silica shell contains a molecule called AIBN. By tweaking the reaction conditions used to make the particles, the VISTEC team could create asymmetric particles that have a fuel tank head and a long tapering tail.

When exposed to heat or ultraviolet light, AIBN breaks down and releases nitrogen gas. As the pressure builds inside the nanoparticle, it ruptures the thin silicon tip of the tail, releasing a stream of gas bubbles that drives the nanovehicle forward in a controlled motion. By switching the light source on and off, or adjusting the temperature, the team could start and stop the vehicles’ motion or alter their speed.