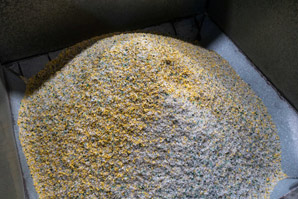 A new way to produce polymer semiconductors that are promising for electronic and optoelectronic applications has been demonstrated.

Metal compounds with the sulfur-containing thiocyanate group (SCN−) are attracting interest because of their potential use in electronic and optoelectronic devices.

Now, by ball milling the thiocyanates of copper and zinc together, a team led by researchers from the Vidyasirimedhi Institute of Science and Technology (VISTEC) in Thailand has produced two thiocyanate-based coordination polymers with combinations of the two metals.

They found that the optical and electrical properties of these coordination polymers can be tuned by varying the ratio of copper to zinc. Furthermore, the compounds underwent melting and glass transitions.

The team considers that this method opens a new avenue to develop coordination-polymer semiconductors based on thiocyanate.