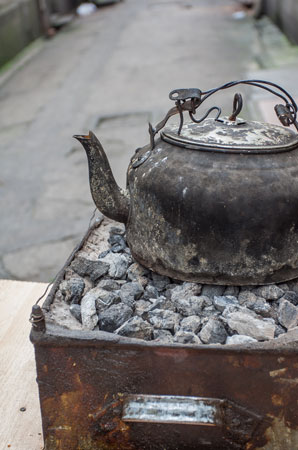 Coal-burning household stoves may be releasing as much non-methane gas, including toxic volatile substances such as benzene, as wood-burning stoves.

A team, which included researchers from the Key Laboratory of Aerosol Chemistry and Physics at the Chinese Academy of Sciences, used mass spectrometry to measure the chemical composition of the gas emissions produced by burning five types of coal in a traditional Chinese stove.

They found that residential coal combustion generated concentrations of non-methane gases on par with those produced by stoves burning beech, oak and other hardwoods. The team’s analysis also showed that burning bituminous coal produced toxic organic compounds such as toluene, benzene, naphthalene and phenol.

Given the concern about emissions from residential wood burning, the authors suggested that attention should also be paid to the gases produced by domestic coal-burning stoves.