The piRNA Response to Retroviral Invasion of the Koala Genome. 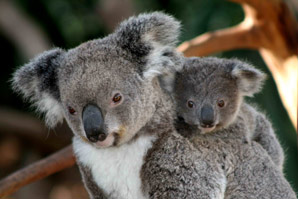 The koala genome is fighting back against a virus that is currently sweeping through wild koala populations, leaving the animals susceptible to infections and certain cancers.

In germ cells, which give rise to eggs and sperm, these piRNAs first have a way of keeping viral invaders from taking up residency in the host DNA.

The system isn’t perfect though, and some viruses do sneak into the genome. So the piRNAs then mount a second line of defense in which they quash the activity of established viral parasites.

The finding could help scientists develop new strategies for combating this and other viral diseases. The study also sheds light on evolution in action, since past viral infections have shaped the genomes of all animals, including humans.