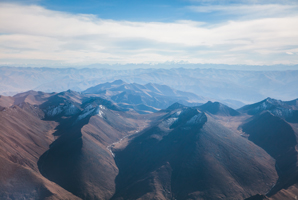 Black carbon particles from the burning of fossil fuels and biomass in South Asia are ending up on the Tibetan plateau, which could influence the region’s climate, according to research led by the Key Laboratory of Aerosol Chemistry and Physics at the Chinese Academy of Sciences.

Researchers measured the concentration of black carbon particles in air samples taken over more than a year in a remote region of the southeastern Tibetan Plateau. They found significant amounts of black carbon in the atmosphere, even at an altitude of around 3,300 metres above sea level and considerable distance from urban areas.  The concentrations peaked during the pre-monsoonal period.

The discovery could have major climatic implications, the authors said, as deposition of these particles on snow could cause it to absorb more heat from the sun and melt more rapidly, resulting in glacier retreat and water shortages in downstream regions.