Why are scientists anxious?

Public regard for scientists is as strong as ever, but you wouldn't know it. 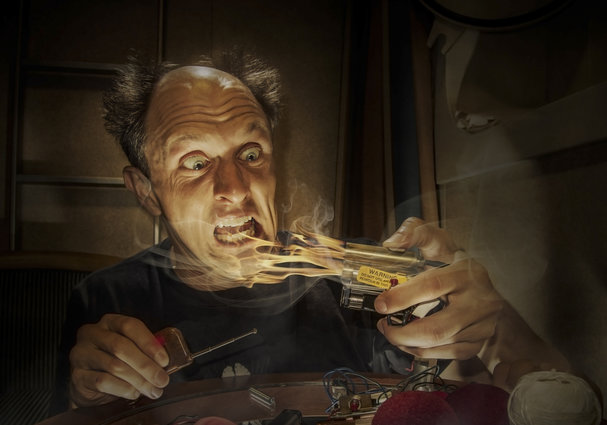 You wouldn’t guess it from the news, but scientists are in public favour the world over.

“There is a sense of mourning among scientists who worry that the public doesn’t like them,” says social psychologist, Martin Bauer at the London School of Economics. “But the long-term evidence shows that there is no declining trust.”

Attitudes towards science are positive and improving. Surveys by the market research firm, Ipsos MORI show that 83% of people in the United Kingdom believed what scientists said in 2017, up from 63% in 1997.

A similar picture emerges in the United States. The majority of US respondents in a survey by the National Science Foundation in 2016 agreed that scientists work for the good of humanity and want to make life better for the average person. Confidence in the scientific community has been stable over four decades of polling, says John Besley, science communications researcher at Michigan State University. “The only group that enjoys more confidence than the scientific community is the military,” he says.

Results of national surveys in other regions are just as sanguine. In China, only teachers and doctors were held in higher regard than scientists. Close to two-thirds of Swiss had confidence in scientists and 80% of Argentinians trusted their word. More than 70% of Chinese, Americans, Canadians and Europeans agree that science should be funded, even if it provides no obvious benefits.

Perhaps more well-founded than their fear of not being liked is anxiety among scientists about being muzzled and about the denigration of scientific evidence in policy-making.

In December 2017, the Centers for Disease Control and Prevention circulated a list of seven words to avoid in key budget documents, including evidence-based, science-based and fetus. Earlier in the year, staff at the US Department of Agriculture were told to replace blacklisted phrases, including climate change with weather extremes and adaptation with resilience.

In February, the Union of Concerned Scientists said it would launch a survey of federal scientists under President Donald Trump’s administration. The press release raised some critical questions: “Are scientists able to do their jobs? Are their communications restricted? Is undue political interference affecting their work? How is morale?”

Only a week later, a Canadian labour union published a survey of federal scientists, which found that more than half of respondents did not feel free to speak publicly about their work. An even larger 73% feared censorship or retaliation if they were to raise concerns about the potential harm to health, safety or the environment of a departmental action.

Polls are in themselves an expression of concern over the state of the scientific enterprise, says Bauer. Outside government circles, many other factors could affect scientists’ morale, he says. Among them are civic apathy, a preoccupation with pushing out papers, lack of institutional incentives and centralized control over a university’s public communications. “There are some worrying elements emerging,” says Bauer. “But one need not be too gloomy”

Top of the list of the real source of scientists’ jitters is funding, says Cary Funk, director of science and society research at the Pew Research Center. According to their analysis of members of the American Association for the Advancement of Science (AAAS), fewer scientists felt that it was a good time for science compared to five years ago: 52% in 2014, down from 76% in 2009. They cited funding constraints as a barrier to conducting quality research and to new talent entering the workforce.

The Pew Research study also found that 86% of respondents interacted with the general public often or occasionally. Scientists who considered their work to be either controversial or most obviously in the public interest were more likely to engage in outreach, says Funk.

US investigations have been equally encouraging, says Besley, who has led several studies of scientific societies. “Most scientists think that engaging with the public would be enjoyable and effective.”

There is a growing demand for training and professionalization of researchers in communicating science, he says. “No-one thinks anymore that scientists can just stay in their labs and campuses and not share what they know with those who might benefit.”

Corrected: An earlier version of this story incorrectly labelled the 2013 response of Canadian federal scientists to speaking freely: 90% (not 10%) felt they could not speak without constraints to the media about their work, according to the PIPSC survey.