What’s lost when research is driven primarily by funding

Productivity-oriented “science on demand” leads to caution and conformity. 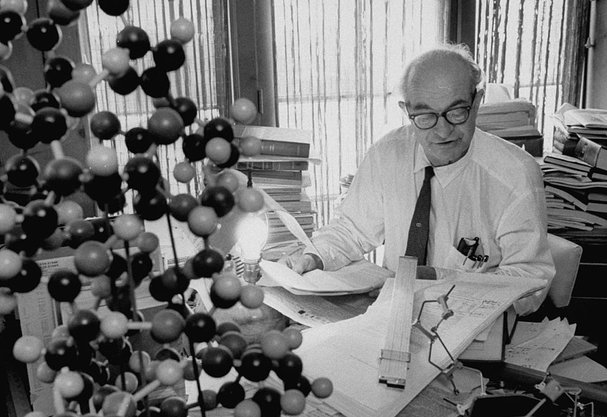 Science today is facing what seem to be unrelated crises, issues and problems with the public. The integrity of data and replication; questions about the use of statistics and p-values; the consequences of hypercompetitive funding; the overselling of STEM education as a career path; the scarcity of science positions on the traditional career ladder; regulatory research tensions; and other grounds for skepticism, all animate the present science scene.

But we, and the public, tend to see science in terms of the science of the past, and its great achievements, whereas the way science is done, evaluated and made accountable, no longer fits its historical image.

The old image was focused on discovery and had a view of scientists as more or less autonomous inquirers. We can call it the liberal theory of science. It was articulated by two physical chemists, Michael Polanyi at Manchester and James Bryant Conant at Harvard.

Big science meant big money, and big money meant a need to justify the expenditure. This was squared with the older image of science by the claim that even pending “pure” science would potentially lead to applications, and then to usable technologies.

The idea of science as a spontaneous order produced by autonomous individuals following their best hunches, the core of the liberal theory of science, became less relevant in practice.

Universities found ways to build grant-getting into the reward structure for scientists. Merit was being redefined to include entrepreneurship. But as funds tightened in the 1970s relative to the supply of scientists seeking them, the job market in academic science also tightened.

The discovery ethic provided a simple way to relate to the public: discoveries were associated with, and humanized, by their discoverers, who were treated as culture heroes and made eternally famous by associating their names with their discoveries.

Science had silently evolved a new ethic, or an ethic derived from an emphasis on something that had been a smaller part of science, an ethic of productivity. The productivity ethic required a different relation, which emerged gradually from the idea of the practical value of science.

But production now meant something different from productivity under the ethic of discovery. It meant producing results, indeed results with “impact.” Patents were counted along with citations, and grant numbers were counted as well.

A new case for science funding gained momentum in the late 1990s, with the acronym STEM (science, technology, engineering and math) arising in 2001. The promise that STEM education would lead to high-paying (high-tech) jobs began to drive national education policies.

Science was central to what was taken to be the technological future — and therefore a bigger target for research investment. But with investment came accountability.

The use of metrics to rate universities, and the ways in which metrics filter down to the individual scientist, actively constrains choices about what to study, and not only that: decisions about how to study something are constrained through and through by the expectations of others, by institutional review boards, by funders and by journals. A large part of science, outside universities in the private sector, is constrained by the realities of investment financing and regulatory acceptance.

From the funders’ point of view these new forms of accountability are a good thing: they bring discipline to relations with the scientist, and push the scientific work toward practical results.

With it, the old shibboleths about the autonomy of science and the social contract with science become outmoded and irrelevant. The “contracts” we enter into now are not abstractions.

They are literal contracts with stakeholders and funders with tangible needs that scientists can speak to and should speak to. Big money means bigger organizations and more collective decision-making.

What looks like a science dominated by fashion, however, is really science dominated by a rapidly changing environment with rapidly changing needs. The old career models lose relevance. So, too, will the old models of research. “Writing another paper” will no longer be enough since we are no longer concerned with basic discoveries. Refinements and extensions of our models for dealing with practical problems will be more important.

The way science has evolved answered the question that has always plagued the pursuit of “pure science”: what justifies the use of scarce resources that could benefit others? Science today can answer this question. The answer is impact.

Science appears to have come to its present institutional structure, and consequently the present configuration and content of science, as a result of inevitable and necessary changes. But we can still ask how much of the outcome we have described is the product not of an inevitable maturation of science but of choices.

And we can also ask whether the choices are an acceptance of defeat — an acceptance of science as concerned primarily with “impact,” constricted in its vision by the funding mechanisms available to it, wedded to expensive technology and expensive outputs, made conformist by peer review and intense competition for funding.

The old regime mediated between the utility of science and the goal of pure inquiry by norms. The norms upheld by scientists made them trustworthy and deserving. Scientists policed themselves. The new regime of quantitative accountability invites cheating, crowd-following, conformity and subservience to sponsors whose funds make it possible to compete.

Competition is accepted as a given, but it becomes competition for funds and measurable “results.” The price to be paid, as the demands on science turn into science on demand, is autonomy.

We can say that autonomy is no longer needed, or that scientists already have all the autonomy and all the externally imposed accountability rules that science needs. But there is a larger price for this stance. Trust in science declines as the internal controls have become less visible.

Accountability, especially in the form of quantifiable and therefore manipulable criteria, is not an answer to the problems that result from this change: accountability is the substitution of external for internal controls. The old internal controls did not answer the questions scientists now should face, especially questions about the relationship between what science can legitimately provide and what is demanded of science.

We need to ask whether we have lost something precious: the possibility of young scientists with new ideas taking risks and pursuing hunches that advance discoveries, not just careers.

The next change: scientists themselves need to be the source of new thinking on this subject: the ramifications of science on demand.