What are fake interdisciplinary collaborations and why do they occur?

It's not always intentional. 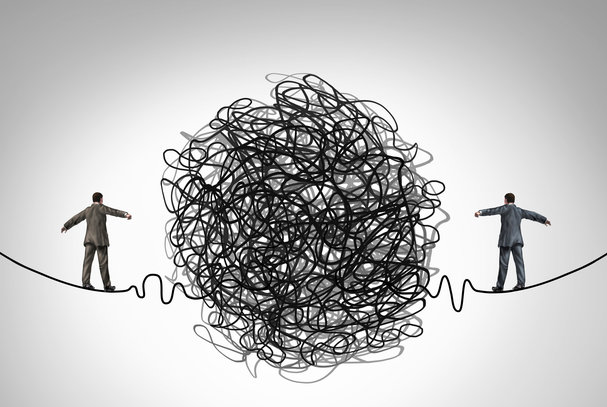 A primary motivation behind ‘fake IDCs’, as described by Hessels and Kingstone1 in their article on PsyArXiv, is to strategically secure research funding.

Scientists influenced by funding priorities promoted by regional, national and transnational funding bodies, as well as by the academic mania for ‘interdisciplinariness’, feel compelled to develop a concrete interdisciplinary research topic and organize their research collaboratively.

While a good and real IDC requires complex and long-term processes to establish an integrated topic, as well as a clear division of labour, ‘fake’ collaborative efforts tend to be developed in a comparative hurry1.

So why would scientific communities chase IDCs at the price of risking their academic reputation, by claiming it without actually doing it?

Institutional regulation and policy orientation is one thing that drives fake IDCs, but not the only factor. My investigation of how an interdisciplinary collaboration operates on a daily and organizational basis shows the production of ‘fakeness’ to be very complicated.

What Ziman2 calls academic entrepreneurs likely play a role. Contemporary knowledge production acts like a factory with a series of steps. Some senior researchers, who are in charge of a large funding grant or a lab, are preoccupied with using their high-level contacts to gain funding and opportunities.

Because an authentic IDC requires continuous investment of time and intellectual input, or in Klein’s3 words "rounds of iterations", with high risk of no actual output in the near future, the motivation to spend time going really deeply into team collaboration is lacking.

In my long-term research on IDC in both German and Chinese context, it is usually the case that that senior researchers focus only on networking and establishing collaborative projects, but leave the running of projects to their postdocs and doctoral students.

In addition, fake IDCs may be the result of a cognitive failure to really understand each other. This failure is most evident when researchers from different disciplines happen to use the same or similar concepts as the ‘sticking glue’ for a joint project.

An issue between disciplines

The extent to which the concept or group of concepts differ between different disciplinary traditions may not be adequately taken into account or even recognized before or during the collaboration. The collaboration may become ‘fake’ due to this communicative and cognitive failure.

Take an example from my doctoral research on a scientific community in a German institute. About nine years ago, a group of physicists, computer scientists, sociologists, psychologists,and epidemiologists started to plan an interdisciplinary project on social networks. With enthusiasm and determination,they met regularly to go through their initial ideas.

After two years of regular meetings,they submitted their proposal. However, even then, they still could not understand each other well enough. One of the issues fatal to their proposal was that they did not realise that understandings of the concept of social networks were completely different.

For example, a sociologist in that team told me that a ‘social network’ was a set of sociological theories and methods that enabled the structure of interpersonal relationships both online and offline to be visualised and analysed. There were strong ties, weak ties, and structural holes that one could quantitatively and qualitatively study in relation to a group of people.

A physicist, by contrast, conceptualized the network mathematically as a graph.

He told me that if one calculated the degree distribution of a network, especially the citation network or friendship on Facebook, one would probably get a power law, which was quite interesting for physicists. Computer scientists had a more practical view. One of them told me that a social network was Facebook, Twitter, or any other similar online app.

They ascribed totally different meanings to the same name of ‘social network’, yet they did not figure it out before they submitted the joint proposal to the funding body, so their IDC effort was a failure.

This case, discussed more fully in my published work4, shows that the lack of practical tools to help scientists to formulate and integrate research topics and methods from various disciplines can be a crucial factor, contributing to either the infertility of an interdisciplinary effort or the unintended production of a ‘fake IDC’.

A matter of compromise

Some IDCs are the result of a number of compromises between participants. Some groups of scientists are not able to come to an agreement on a satisfactory topic.

A common concern in an IDC team is that some team members may feel they are being used as merely data collectors, stand-in interpreters or data analysts. Put bluntly, they become mere ‘labourers’ for other disciplines.

Failure to adequately recognize and negotiate these tensions may result in an IDC that looks fake.

That is an unwelcome outcome because a fake IDC may not only chew up resources which should have gone towards supporting real IDC efforts, but is also a waste of energy, money, and most of all, the goodwill of funding agencies and academic institutions.

Margarete Boos and I have previously provided9guidelines for smoothly operating a sincere and real IDC. But further work is needed.

First, to overcome cognitive and organizational barriers to IDCs, we urgently need more empirical case studies5, 6on how to integrate perspectives from various disciplines in a potential IDC team, and how to organize the workload and task interdependence in an IDC team.

Klein3, 7 and Defila et al8 among others have provided rich protocols for better operation of IDCs, yet the unique qualities of each IDC might make a unified protocol that guarantees an authentic IDC an impossible goal.

Lessons that will accumulate from more studies which identify new experience and skills necessary for successful interdisciplinary researches will be beneficial for scientists as well as funding bodies, allowing the formulation of practical tools and checklists to aid in the operation of authentic IDCs.

Secondly, deepened communication among scientists requires long-term effort in good faith. For example, to reduce the risk in establishing a new IDC project, senior researchers I studied in my doctoral research set up pilot studies of their next potential IDC project within their current study.

n this way they prolonged the communicative process for the new project.

Through the experience of pre-collaboration, each potential participant was able to learn not only whether the proposed new project was a good fit for them, what kind of role was expected of them and whether they could negotiate a reasonable power relationship within it, but also whether the new project was based on a truly interdisciplinary research question.

This technique might help reduce the chance that the next IDC could finish up being 'fake’.