If British science is to rival the United States and China, research spending must be matched by freedom of movement, equitable distribution and less red tape. 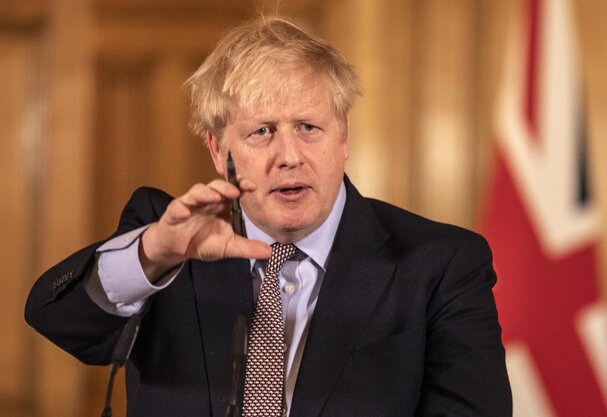 The British prime minister, Boris Johnson, has declared an ambition for the United Kingdom to regain its status as a “science superpower” as it seeks to carve out a new niche for itself on the international stage after leaving the European Union in 2020.

The UK already performs well scientifically. In 2018, British research accounted for 14% of the world’s most-cited publications, behind only the United States (37%) and China (20%), according to a UK government report based on Elsevier’s Scopus database. It ranks fourth among countries for output in the 82 high-quality natural-sciences journals covered by the Nature Index, after the US, China and Germany.

But ranking highly on research-publication metrics is not enough, says Martin Smith, a policy and advocacy manager at the Wellcome Trust in London. “I think it’s about so much more than just topping the tables. A superpower doesn’t sit on its laurels, it projects its influence on the world,” he says.

That sentiment is echoed by James Tooze, a policy officer at the Campaign for Science and Engineering, a UK non-profit organization that advocates for better research funding. “When it comes to world-changing events, such as climate change and pandemics, if the UK is seen to be a leader in a positive way, then I think it could give the country real influence and credibility,” says Tooze.

But how to give effect to the rhetoric in practice? When Nature Index asked representatives of universities, where most of the research is carried out, what they need to help make the UK into a science superpower, four themes emerged:

In its 2020 budget, the UK pledged to more than double its annual science expenditure, reaching £22 billion (US$30.3 billion) by 2024. But since then, the government has been forced to spend unprecedented sums on its pandemic response, and details of how the promised boost to science will be delivered have not been provided.

Universities want to know how much will be available to them and when, which institutions will dish out the grants and what the application processes will be, so they can prepare to make the most out of the extra funding when it does arrive, says Nick Jennings, vice-provost for research and enterprise at Imperial College London. “I like the rhetoric. I just hope they deliver despite these other fiscal stretches.”

The government is due to publish its next spending review by the end of the year. “If those figures aren’t included in the review, then it’s all starting to look like hot air,” says Smith. “It’s time to make good on all these promises.”

2. Levelling up: Where you spend it matters

Spending by the government’s flagship funding agency, UK Research and Innovation, is unevenly spread by region. For example, UKRI spends £120 per capita in London, followed by Scotland at £109 and the southeast of England at £91 per capita. Wales, meanwhile, makes do with £53 and Northern Ireland gets just £46.

“It will create more resilience for UK research and the wider economy if we invest beyond just the southeast of England,” says Wayne Powell, who convenes the research and knowledge exchange committee at Universities Scotland, the representative body of Scotland’s higher-education institutions.

Correcting the unequal regional funding distribution would also feed into a separate government policy to “level up” rural and less wealthy parts of the UK, says Tooze.

“Research and development drive economic growth to create better jobs, so it’s integral to the levelling up agenda,” he says. “I think it’s one reason the government made the funding pledges in the first place.”

3. Red tape and accessing the cash

In a public letter of advice to the prime minister on how British science can progress to superpower status the UK’s Council for Science and Technology, a politically independent government body, emphasized the need to build better partnerships between industry and universities. “The increase in R&D intensity can only be achieved through a combination of both public and private investment,” the letter says.

One metric to gauge the level of collaboration between university and industry researchers is the World Bank’s University-Industry Collaboration in Research and Development Index, which assigns a numerical collaboration score based on extensive survey data.

As displayed in the graph below, several countries rank above the UK’s score of 5.47; Switzerland is the highest with a score of 5.77, closely followed by the US, on 5.71.

According to Jennings, academic collaboration with private industry in the UK is currently hampered by laborious grant application procedures. “Big companies don’t want to hear that’d we’d love to work with them and that we’ll get back to them in 15 months when we find out if we have the funding,” he says, calling for reform of the grant-giving process.

“I’m not just saying ‘Give me the money and leave me alone.’ We’d be happy to provide monitoring and performance measures, but it would be so nice to be more agile.’

“A science superpower means attracting and retaining talented researchers from around the world,” says Dan Wake, policy manager at Universities UK, an advocacy organization for British universities. Getting immigration settings right is crucial, he says.

Since the UK left the EU, immigration from the continent has become more cumbersome. The Royal Society estimates that before the 2016 referendum on whether the UK should leave the EU, 16% of all scientists working in the UK were from the EU. Disruption due to the pandemic makes it difficult to gauge whether early fears of a Brexit-related exodus have been realized.

Post Brexit, the UK government introduced new immigration arrangements for scientists. There are no limits on the numbers of visas that can be issued, for example, and recipients will be free to move between employers and institutions. There are also no requirements to verify English-language proficiency and the families of scientists can join them. Those on student visas have also been granted two years to work in the UK after graduation.

For an EU scientist, this is more bureaucracy than before, but for non-EU scientists, it could make immigration easier. COVID-19 travel restrictions, however, have made it difficult to assess the impact of these reforms.

Jennings would like them to go further. “We see that students increasingly want to stay post-graduation and do start-ups,” he says. “With a start-up, two years goes by quickly and you don’t have the chance to make mistakes and correct them. I think five years is a better amount of time to know if your start-up is working.”