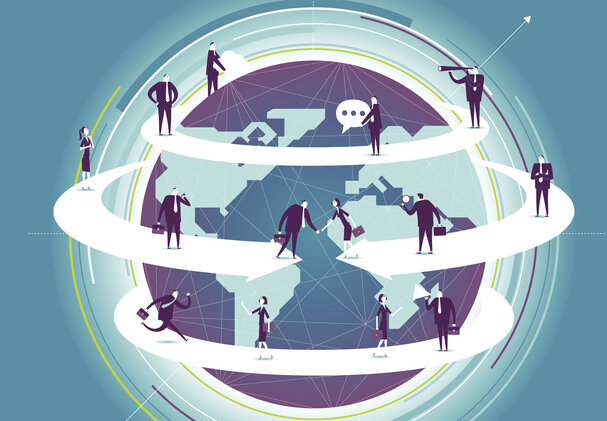 I work at the Institute of Data Science at Maastricht University in the Netherlands, where one of my responsibilities is to teach my colleagues how to write academic papers and grant proposals.

Around me were native speakers of Chinese, French, Spanish, Dutch, Turkish, and Kurdish. What should I teach writers about what readers like them expect? They're writing academic papers in English for other academics, some of whom are like them: non-native English speakers and readers.

The language sciences tell us there is no such thing as an abstract ‘reader’ with universal expectations, as my writing guide implied. Instead, each reader’s expectations are shaped by their earliest experiences with their native languages and literary traditions.

With that in mind, what should scientists consider when writing a paper that is mindful of non-native English readers?

An estimated 2 billion people use English to some degree, making it the most widely used language in the world. It is also the global language of science.

Ninety percent of international scientific communication happens in English, which means there are millions of people, whose native tongue is not English, reading grant proposals, abstracts, journal articles, protocols, and other documentation in the language.

It is difficult to find resources that discuss the needs of a non-native English reader with regards to scientific writing. I’ve found that the book Real Science in Clear English by chemistry professor Greg Roos and applied linguist Cathryn Roos offers some good advice.

The best approach, they say, goes beyond thinking about sentence structure and restricting jargon. There are considerations that might seem less intuitive, especially to the experienced writer in English.

For example, they say that you should retain the word “that” to introduce a relative clause, even if doing so makes the sentence seem wordy.

But "that" is useful for demarking the boundaries of a clause and helps non-native readers. I’ve consciously left in “that” in my sentences in this piece to illustrate what I mean.

English has thousands of phrasal verbs (“pick up”, “catch up”, “pass on”). Their meanings are often not related to the meanings of their component words. “Run out of,” for example, has nothing to do with running. Instead of a phrasal verb like “pass on”, Roos and Roos recommend using a single verb like “transmit”.

I also often see writing advice along the lines of “Don’t write anything that you wouldn’t say.” But this is not good advice if you’re writing for non-native readers.

For one thing, they probably have had more exposure to formal types of English than colloquial types. And they may have far more experience with reading English than hearing it. For non-native English readers, Roos and Roos write, “a folksy style presents more problems than it solves”.

Now to revisit the question of where to put "new" and "old" information in the sentence. I try to work from the cognitive principle of "easy first”. Scientific discussions have to introduce complexity without being complicated. A writer does that by easing readers in when documents, paragraphs, and even sentences start.

I often say, good writing is the art of positive cognitive effects, an art built on knowing what actual readers are like. Real Science in Clear English helped me understand a bit more about actual readers. Yet a single book, no matter how useful, isn’t enough to counteract the nativeness problem in scientific writing.

Michael Erard is an author and linguist and is a funding specialist and grant writer at the Institute of Data Science at Maastricht University.