Three researchers who are coming at cancer from all angles

The search for disease mechanisms and treatments is one of the biggest collaborative efforts in science. These researchers are significant contributors. 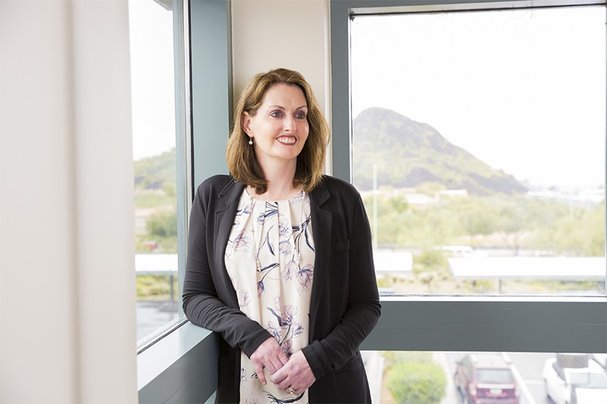 Biostatistician Heidi Kosiorek works at the crossroads of maths and medicine, sifting through data to weigh the best course of action based on cancer types and patient profiles.

Karachaliou and two other researchers whose collaboration networks are shown here were selected for the strength of their publication count in Dimensions. They were drawn from an elite group of researchers in cancer, who were authors in Nature Index between 2015 and 2019 and whose first authorship on an article in Dimensions dates between 2010 and 2014.

Authors from the United States dominate the group, as might be expected, given the US leads the field. Although the closest connections for two of the collaboration networks shown here are domestic, the third reflects activity between the United States and China, the top two countries for cancer research.

Among the top five countries for cancer research in the index, the United States and China are the most self-sufficient, with internationally collaborative articles on cancer comprising only 51.8 and 49.8%, respectively, of their total cancer articles.

Kosiorek had planned to go to medical school, but with her eyes opened to the intersection between mathematics, which had long been her strength, and medicine, she pursued biostatistics instead. That decision kicked off a prolific career. Since 2015, Kosiorek has authored or co-authored an average of 30 publications per year. For more than a decade, she worked at the University Hospitals Case Medical Center in Cleveland on studies of ovarian, endometrial and cervical cancers.

Since joining the Mayo Clinic in late 2014, she’s developed expertise in breast cancer, and often teams up with Mayo Clinic colleagues, Barbara Pockaj, a surgeon, and Donald Northfelt, a medical oncologist, to investigate topics such as tumour genetics and detecting recurrence.

In 2019, Wang and his team described how immune-stimulating molecules called antigens were administered to mice using their own red blood cells. The cells were extracted, modified with antigens, and then re-injected, where they were taken up by the spleen.

As reported in Science Advances, the treatment spurred the immune systems of the mice, which helped to slow the tumour growth and increase survival rates. This was the first major result from Wang’s lab since its launch in 2018 at Soochow University in Suzhou, China, roughly 100 kilometres west of Shanghai.

According to their 2017 Nature Biomedical Engineering paper, Wang and Gu’s platelet therapy technique reduced cancer recurrence in mice, allowing 75% to survive after 60 days. No mice in the control group survived.

In 2019, Karachaliou’s team identified two potential drug targets in lung-cancer patients who have been treated unsuccessfully with EGFR-inhibitors. By analysing tumour samples, they found that the disease progressed 6–12 months earlier in patients with high levels of mutated enzymes called ILK and SHP2.

The findings are being used to develop treatments that complement EGFR therapies.

Using liquid biopsies, Karachaliou has also uncovered new classes of mutations in the BRAF gene, which produces a protein involved in cellular signalling.

The liquid biopsy is a new test that captures changing tumour signatures in the blood, providing cancer researchers with a “more complete picture of what is happening at the time of progression”, says Karachaliou.