This scientist read a paper every day for 899 days. Here’s what she learned

Olivia Rissland says reading a different paper every day has made her a better scientist. 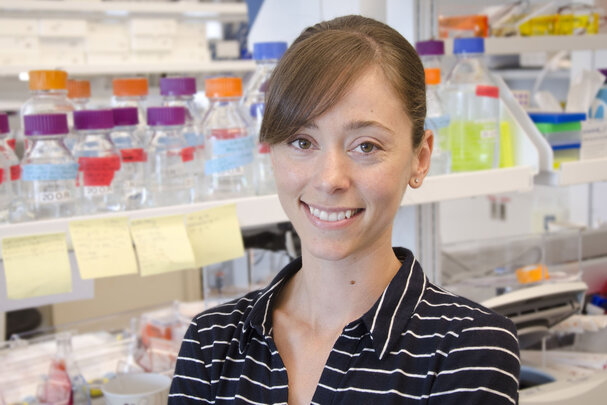 Olivia Rissland says that her reading habits have made her "a much more well-rounded scientist".

Keeping up with the research literature is a must for any scientist, but it tends to slip down the priority list when there’s grant-writing, fieldwork, publishing, teaching, and analysis to be done.

“Reading papers definitely falls under that ‘important and not urgent’ category of activities,” says molecular biologist Olivia Rissland, who runs a lab focussed on understanding gene regulation at the University of Colorado Anschutz Medical Campus in Aurora.

“It’s easy to say, ‘I’ll read that paper tomorrow,’ and then, how much time goes by and you haven’t read a single paper?”

On 1 January 2018, Rissland set herself the task of reading one paper per day, every day, as “a bit of a lark”.

“I thought, ‘Let’s see how long I can keep this up’, but within a month I was hooked,” she says. “I loved the exercise of learning something new every day and seeing how that opened up ideas in my own research.”

By June 17 2020, Rissland announced on Twitter that not only had she had kept the habit up, but it’s benefited her career in ways she couldn’t have predicted.

“As of today, I have read 899 papers in 899 days,” she tweeted. “I never would have imagined 2.5 years ago how much I would learn through this and how this would make me a better scientist and human."

As well as keeping up with new research in her own field, Rissland now reads more broadly. She’s been pursing literature about the ethical and professional considerations in research, for example, such as the effects of systematic bias on promotion and hiring decisions.

Reading a paper from end to end has also helped her appreciate the nuances that would be missed by skimming the key findings of a paper, such as learning about different scientific methods.

“It’s made me a much more well-rounded scientist,” she says.

While Rissland says there’s no particular strategy guiding her choice of paper, she has a ‘to read’ folder on her computer, which currently has around 250 papers in it. “On most days I choose ones that strike my fancy,” she says.

“Sometimes there are topics that I want to take deep dives into, so I might focus on a topic for a few weeks. But I think part of the fun for me is just to read something that I want to, as opposed to something I have to.”

Rissland says her favourite paper of all time is “The Mundanity of Excellence”, a sociology paper about what makes swimmers excel. She says this paper “transformed how I approach science and running a lab”.

Rissland made the habit stick by holding herself accountable – she shares insights from her daily reads on her lab’s Slack channel, ‘365 papers’.

She also keeps a record of the papers she reads on a Google sheet, which has a line for every day of the year.

“Adding each citation to the Google sheet gives me enough joy and a feeling of accomplishment that it keeps me going,” she says.

Rissland doesn’t cut herself any slack – peer review or sourcing references for her own publications don’t count towards her daily tally. And if she misses one day, or ten, such as when she goes on a family hiking trip, she makes up for it later.

“Dedicating time to reading papers is more important to my lab’s success than answering e-mails,” she says. “I don’t necessarily work more than anyone else, I just make sure I dedicate a set amount of time to reading every day. Rather than being a burden, most of the time this is a high point of my day.”

Rissland’s advice to other researchers who want to take up the challenge is to figure out a routine that’s realistic for them – especially students who read more slowly – such as dedicating 20 or 30 minutes a day to reading.

She also recommends setting realistic guidelines early on, which can help solidify the habit. “The hard ‘structure’ of it keeps me honest,” she says.

Above all, says Rissland, it has to be enjoyable.

“Most of the time it’s the nicest part of my day because I’m actually being a scientist, reading other people’s beautiful research,” she says. “I usually come away feeling really inspired and full of ideas.”