Science Cities: A venture under pressure 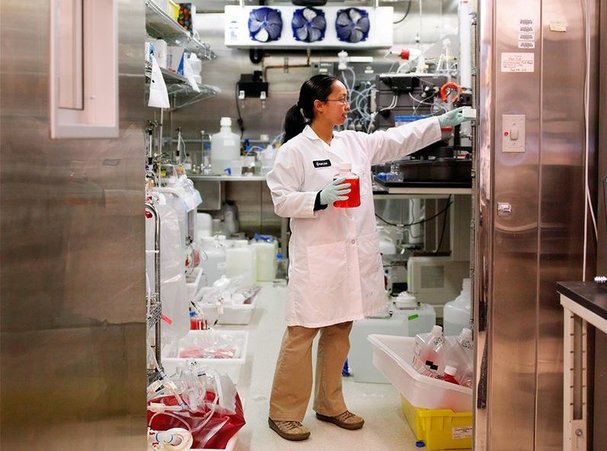 Courtesy of Genentech, a member of the Roche Group

A cold room at Genentech. The biotech giant is one of the Bay Area's major employers.

Schafran, who grew up in the Bay Area, says researchers and engineers need to get more involved in addressing its social ills — but there are no quick fixes. Since they’ve been building for decades, “it’s gonna take another 30 years to get ourselves out of it,” he says. “We can’t do this overnight.” If researchers remain detached and don’t think locally, it could be to their own detriment.

“You may be on the top of the world for the moment, but don’t get too comfortable,” says Grant.