Marketing algorithms prevent many women from seeing the advertising, even though it’s illegal to target jobs to one gender. 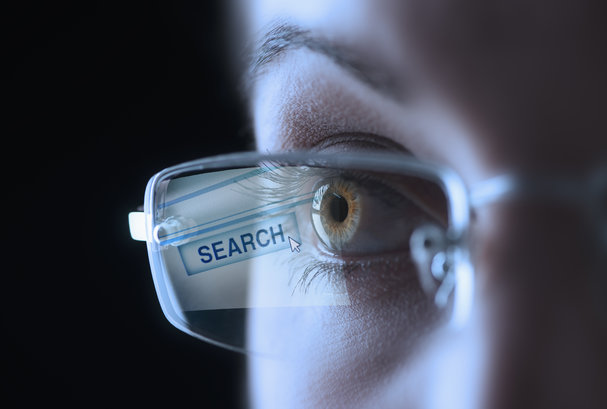 Women see fewer advertisements about entering into science and technology professions than men do. But it’s not because companies are preferentially targeting men—rather it appears to result from the economics of ad sales.

Surprisingly, when an advertiser pays for digital ads, including postings for jobs in science, technology, engineering and mathematics (STEM), it is more expensive to get female views than male ones. As a result, ad algorithms designed to get the most bang for one’s buck consequently go for the cheaper eyeballs—men’s. New work illustrating this gap is prompting questions about how that disparity may contribute to the gender gap in science jobs.

Massachusetts Institute of Technology economist Catherine Tucker and London Business School marketing professor Anja Lambrecht conducted a real-world experiment by designing a gender-neutral STEM career ad that she paid to run on the social media Web sites Facebook, Instagram and Twitter as well as through Google’s network for distributing ads across different sites. In each case the platform’s ad algorithm optimized the advertisement so the most people would see it. As a result of that optimization, however, men saw the ad 20 percent more often than women did. The work is slated to be published in Management Science. Tucker also testified about her early findings before a congressional panel last fall.

Women are pricier to reach because they generally make more household purchasing decisions than men do. Marketing algorithms apparently recognize women’s substantial purchasing power and set higher prices for their views. “The problem we identify would apply to any category of advertising product or service—for example, housing, insurance, shoes, health care, jobs in banking. It affects STEM ads…but the economics driving the phenomenon are global—female eyeballs are more expensive and a cost-minimizing algorithm will choose not to show ads to them,” Tucker says.

The gender discrepancy in the study was also not limited to the U.S. For the Facebook portion of the experiment, the advertisement ran across 191 countries and this disparity in cost remained. The price to show women the ad was only a tiny fraction of a cent higher than for men (both cost around 12 cents per click), yet Tucker says those differences can add up.

The findings cannot be explained by a lack of interest in STEM among women. Facebook’s ad-targeting category for an interest in science or engineering actually has more women than men in the U.S. And when women did see the ad across almost all of the social media platforms studied, they were actually more likely than men to click on it, the research found.

Yet women did not see the ads as often as men. Tucker ran $181 worth of advertising via Google, for example, saying she was willing to pay as much as 50 cents per click. It ended up costing 19 cents to show the ad to a man versus 20 cents to show that same ad to a woman. These investments resulted in 38,000 “impressions”—industry-speak for ad views—among men, but only about 29,000 impressions among women.

Hannah Valantine, chief officer for scientific workforce diversity at the National Institutes of Health, applauded the work’s focus and called the findings “elegant.” The results, she says, are particularly worrisome because prior research suggests “women need to be convinced that they are qualified for a position” and they meet every one of the listed requirements whereas men are more likely to apply even if they only meet a fraction of a job’s requirements. If women are seeing STEM advertisements less often, she says, that gives them less opportunity to consider whether they are a good fit for the job in the first place.

Rob Goldman, vice president of ads at Facebook, told Scientific American in a statement, “Discrimination has no place on Facebook, and our policies prohibit wrongful discrimination in advertising. As suggested in this research, individual ad campaigns on Facebook may reach more men or more women for a lot of reasons, including how people respond [and] the demand from other advertisers to reach the same audience.”

Facebook further explained that any cultural prejudices about whether STEM careers are a better “fit” for men or women are not due to Facebook’s ad delivery but rather results from the ad algorithms are determined by the open market of advertisers bidding for eyeballs.

Tucker says there is a very simple solution to the problem: Advertisers could run separate campaigns for men and women. Yet this is generally not allowed under current rules of major ad platforms—they automatically ban any ads for jobs or housing targeted at a single gender because of the need to comply with federal discrimination regulations. So, somewhat ironically, antidiscrimination law itself is the biggest barrier to an easy solution, she says. It would be illegal to specifically exclude certain groups, such as men or women, from seeing a job ad. But if ad algorithms cause certain ads to disproportionately be seen by one sex or the other as a result of cost optimization, that would still be within the bounds of the law.

Simply spending more on advertising campaigns would still not address this advertising gap. Although more cash would generally mean more overall eyes would see the STEM ad—and thus more women would view it—the proportion of women that would see it would not change, Tucker notes.

Diversity scholars say there may be other ways to work around these ad disparities. “I actually believe you have to directly reach potential candidates who are from areas or groups that don’t necessarily apply for those positions that are underrepresented in applicant pools,” Valantine says. That means reaching out to potential candidates to form relationships even before a position is available “to make sure women apply in numbers that are consistent with the availability pool.”

For example, institutions could invite potential candidates from underrepresented pools to an institution way ahead of time—even before a position is available—so when a job does open those individuals will have the organization on their radar and vice versa, she notes.

Scott Page, an economist who studies diversity at the University of Michigan, says he is excited this algorithm research is being pursued. “This is the kind of thing that couldn’t have been done 20 years ago. It would’ve [instead] been in an artificial lab setting where people would have to see an ad or video and be asked questions about if they saw an ad or what they thought about it, and the difference in this work is important to note right away,” he says.

The surge in digital advertising, however, also makes it more difficult to address the problem he notes. “In the past you would place an ad in a newspaper, and you may know the newspaper doesn’t have a lot of African-American readers, so you would place it in an African-American newspaper as well to help even things out. Now this is just a much more high-level version of that problem.”

Women earn more than half of the PhDs in biological and biomedical sciences today, yet they constitute less than 30 percent of the applicants to tenure-track faculty positions in biology. Teasing apart how significant these ad disparities may be when it comes to explaining the STEM gender gap is not possible with the current study. It suggests advertising is certainly a factor, Valantine notes, but there are other reasons that likely contribute to these gaps, including stigma against women and stereotypes that they are less successful as scientists.

A culture of academia not being inclusive of women may also drive them out of the field, she says. “You can see that’s a very vicious circle with low representation of women in [these careers],” and so the culture and the representation of women does not change. When women are not even seeing the advertisements about this field, she notes, that could exacerbate these problems.

This piece was originally posted on Scientificamerican.com