Out of step with international norms. 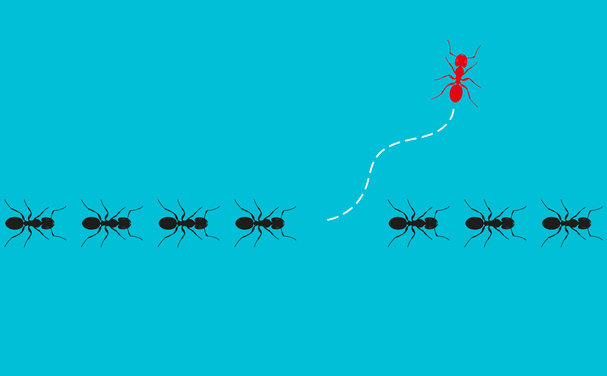 Russia is lagging behind the global norm of cross-border, far-reaching science. A new study has found that researchers based in Russia publish a higher percentage of papers in local journals than in international publications.

The new work, conducted by economists Vít Macháček and Martin Srholec from the Institute for Democracy and Economic Analysis (IDEA) at the Center for Economic Research and Graduate Education–Economics Institute in Prague, studied 22 million papers indexed by the database Scopus between 2005 and 2017.

The analysis calculated a globalization index of research for 174 countries, based on the extent to which researchers in each nation published in international journals compared to journals published in their own country.

The more a country’s authors publish in highly globalized journals, the higher the country’s index on a scale of zero to one. The study defines the most globalized journals as those with a content structure closely resembling the geographic structure of the discipline more widely, in terms of country of origin.

The researchers found that Western countries, such as the United States and nations based in the European Union, lead the way with the highest globalization indexes of over 0.7. The figure has remained fairly steady since 2005. The US and EU are followed by the likes of Japan, Brazil and India with scores of 0.66, 0.61 and 0.60 respectively. In 2006, China was the least globalized country, but by 2015, it had caught up with Brazil and India.

A recent study of Chinese researchers who have worked abroad, including in the US and in the EU, found that an increasing number have been returning to China, and those returnees have a bigger impact on China’s research output than those who never left.

If current trends continue, the researchers predict that China will narrow the globalization ranks with more advanced nations in most sub-disciplines. Chemical engineering, chemistry and energy were identified as the three disciplines where it is likely to close the gap soonest.

Between 2005 and 2017, Russia’s globalization score has stayed steady, with its latest figure lagging behind the rest of the world at around 0.38. This is despite the fact that around four out of five papers with at least one co-author based in Russia were authored in English.

“Even though researchers in Russia are writing mostly English-language papers, they seem to be all too often publishing them in local regional Russian publications instead of international journals,” say Macháček and Srholec.

Other nations that trail behind the world average for globalization, currently just under 0.7, include Ukraine, Azerbaijan, Kazakhstan, Cuba, Belarus, Uzbekistan, Tajikistan and Romania.

Overall, the physical and life sciences are the most globalized, the study found, followed by the social sciences and health sciences, respectively. For all disciplines, Russia lags behind the world average except for the sub-disciplines pharmacology, toxicology and pharmaceutics.

Macháček and Srholec say Russian science has been inward-looking since the Soviet Union era, largely due to political reasons. They stress that globalization levels may not necessarily have implications for a nation’s research quality or impact, but argue that the low globalization of nations in the former Soviet bloc is due to “systemic failure” and has resulted in “science that is out of sync with the rest of the world.”

Yuxiao Dong, a computer scientist at Microsoft Research in Seattle, says he’s not surprised by the results. Dong has previously reported that Russia’s current rate of international collaboration has been decreasing since 2000, in contrast to rising rates of collaboration among other nations.

Nees Jan van Eck, a bibliometrician at Leiden University in the Netherlands, says the paper’s approach of considering which journals researchers publish in may provide a narrow perspective of globalization, and may be skewed by the fact that, while Scopus covers most international journals, its reach in regional and local journals is limited.