Researchers need support from universities to share their work beyond academia

Institutions need to step up support for early career researchers who are looking to share their findings more widely. 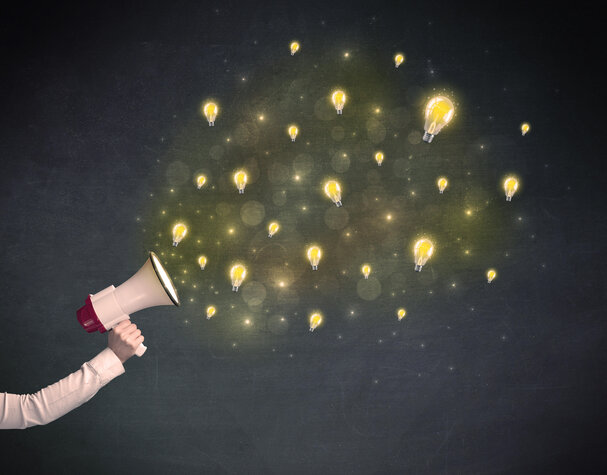 Researchers have long been expected to share their research within academia, ideally in high-impact and peer-reviewed scholarly texts.

Increasingly, there are growing reasons that researchers may seek to share their findings beyond academia, even if they are working in spaces that may not necessarily emphasise the importance of this research translation.

Universities increasingly look to industry and governance to invest in research as other sources become scarce.

Demonstrating that the research conducted within an institution has helped these prospective funders is advantageous in securing further funding. Many funders now require that researchers demonstrate clear commitment to sharing their findings in their funding applications.

A growing body of research suggests that publishing findings in academic journals and expecting this knowledge to trickle down to professions, organisations and other groups who would benefit from the findings is not realistic.

Also, in recent times we have been asked by academic journals to write press releases and pitch plain English communications of findings to The Conversation. Scholarly publishers seem to increasingly see the merits of sharing academic research beyond academia.

While we acknowledge that not all research has immediate translation value, for research that does have clear or potential value for end-users beyond academia, researchers need to be planning dissemination strategies early and revisiting their plans often.

Findings from early career researchers in Australia and Japan

However, we wondered about the readiness of researchers to share findings with diverse end-users beyond academia. From our own experiences as early career researchers interacting with the media, industry and professions, and consulting with government about our research, we felt that this can involve a complex skill set and potential risks that are not necessarily well addressed.

In 2019 we won a grant from Edith Cowan University to explore this issue further. We conducted in-depth interviews with early career researchers in Australia and Japan to learn more about the benefits and challenges of sharing research beyond academia.

We found that the range of avenues for communication for non-academic audiences was really diverse. While some took written form, such as research reports for industry partners, there were also a range of media that required public speaking skills, digital literacy skills, and media savvy to negotiate.

Making the most of these opportunities was an issue that many of our early career respondents were grappling with. When we asked our respondents about how prepared they felt for sharing research with audiences and end-users beyond academia, it was clear that in most cases, support was lacking.

There was far more support for producing traditional scholarly outputs than translational outputs in universities.

Early career researchers felt that there were significant benefits to sharing research beyond academia. Seeing their research make a real-world difference was rewarding, and they were pleased to see their research used by end users, informing industry and professional practices, and even contributing to social change.

They reported securing future funding opportunities, with a respondent explaining that ‘the most tangible benefit, and immediate benefit, is increased funding … being prominent amongst (grant) responders to government bodies and policy makers is going to put you in the running for funding, it’s going to put your name out there’.

They also appreciated opportunities to learn from their end users through the communicative exchanges around research findings. This further helped them to better tailor their future communications with these end users.

For example, a respondent explained that ‘you get the general people who just ask you questions because they don’t understand. So, then that helps you to understand how to change the way that you frame things, and what kind of story you need to be telling’.

There were also notable challenges. It was hard to find time for this work, as engagement beyond academia was often not situated as a priority within the demanding and complex academic workload.

It was a challenge to communicate in accessible language, with a respondent explaining that ‘to take some technical words and to explain the concept using simple words is quite difficult’. Similarly, finding end-users and audiences for research also posed challenges.

There were also difficulties in working with end-users beyond academia who were not always receptive or responsive to the research. Frustrations in dealing with government and industry bureaucratic processes were highlighted, with a respondent explaining that “… there’s still that much back and forth because there’s three or four different government departments that are involved in the process and it goes to different people.

Some people don’t want it to be changed because they’re vested in the old way of doing things, and then they’ve got to bring Ministers up to speed, and then all of a sudden you’re got a new state government that comes in so that all changes, the advisors change.

So, yeah, that can definitely be frustrating, but at the end of the day, all we can do is keep producing that research and be consistent with the messages.”

Dealing with the media also posed great risks, and respondents had concerns about having their messages distorted, and the lack of control they had over the content once shared with the media. Sharing controversial findings was felt to be particularly risky.

The role of universities in supporting researchers to achieve reach

If universities want their researchers to share their findings and engage with audiences beyond academia, they will need to step up their support for these activities.

The risks involved may be greatly underestimated by institutions. For example, significant distortions and omissions in research findings often occur when research is shared through the media for public audiences, but few respondents mentioned having media training.

It is in their best interests for institutions to provide this support.